FROM LESSONS TO ACTION: FUKUSHIMA NUCLEAR ACCIDENT LESSONS TO BE
SHARED AT WORLD HUMANITARIAN SUMMIT IN ISTANBUL

The Fukushima Booklet Committee (Co-Chairs: Masaaki Ohashi and Takeshi Komino) of Japan and Pinar Demircan , Ergun Dogru Istanbul Antinuclear Platform (Istanbul NKP) will hold a press conference on May 21 in Istanbul on the occasion of the World Humanitarian Summit (WHS), a UN-organized conference to be held on May 23-24 in which 5,000 representatives of governments, business and civil society will participate.
The 2011 Fukushima nuclear disaster has brought attention to nuclear risks as part of the variety of disaster risks the world is facing today. At the 3rd World Conference on Disaster Risk Reduction (WCDRR) held in Sendai in 2015, there was a strong consensus that we should move away from creating ‘safety myths’ around nuclear power plants – one of the biggest mistakes of Japan over the history of its energy policy.

From the strong sense of responsibility among Japanese civil society members to disseminate the lessons learned from Fukushima in order to prevent any similar incidents in the future, the Booklet, “10 Lessons from Fukushima”, was published in 2015, and it is has now been translated into 14 languages, including Turkish. As Turkey is also in the process of establishing nuclear power plants, Japanese civil society strongly urges Turkey to consider the consequences faced by Japan since the disaster, and to realistically assess its mitigation plans, in terms of public awareness of risks, public health issues, and regulatory and contingency planning issues.

Such perspectives Turkey must consider in assessing its mitigation plans include:

This press conference will be held in Istanbul to highlight some of these key lessons from Fukushima, so that countries that either have or are considering nuclear power plants can consider mitigation of future risks.

Details are as follows:

The ‘Fukushima Booklet Committee’ grew out of the Japan CSO Coalition for 2015 WCDRR (JCC2015), an organization that conducted various activities in preparation for the UN World Conference on Disaster Risk Reduction held in Sendai in March 2015. The Committee produced a booklet outlining Fukushima’s Message to the World, focusing on lessons learned in order to protect people from future nuclear disasters.
Contact: fukushimabooklet[＠]gmail.com
URL: http://fukushimalessons.jp/en.html
More Innovation for More Impact
The lessons from Japan towards regional and global innovation alliance

END_OF_DOCUMENT_TOKEN_TO_BE_REPLACED

Commitments towards World Humanitarian Summit and Beyond

Japan CSO Coalition for DRR (JCC-DRR) was established in October 2015 inheriting the achievements at the 3rd UN World Conference on DRR (WCDRR) from Japan CSO Network for 2015 WCDRR (JCC2015). The network aims to contribute to a resilient society with the following activities:

END_OF_DOCUMENT_TOKEN_TO_BE_REPLACED 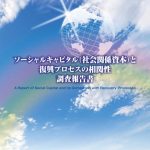 A Report of Social Capital and its Correlation with Recovery Processes 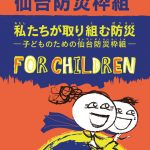 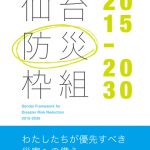 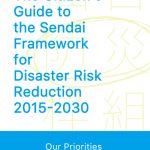